A climate-neutral supply of energy can only be achieved when it is possible to store and transport electricity from renewable sources. Power-to-X processes – and hydrogen technology in particular – could prove to be the missing link.

Power-to-X is generally understood to mean various technologies for storing renewable energies. These technologies include power-to-gas and power-to-liquid processes in particular. The processes use renewable electricity to produce climate-neutral hydrogen by means of electrolysis. In further process steps, this hydrogen is also processed into fuels that can be used as energy sources for various purposes.

These processes make it possible to store and transport electricity from renewable sources – without generating harmful emissions. They compensate for the excess or shortage of energy that is inevitably generated by wind farms and photovoltaic systems in particular. This is because wind energy can only be generated when it is windy and solar energy can only be generated when the sun is shining – and not necessarily when energy is needed.

The flexibility of hydrogen

Hydrogen, which is produced within the framework of a power-to-gas process, is regarded as having the greatest potential here. “Hydrogen technology is by no means new,” says Ulrich Trebbe, Head of Sales at the Engineering and Plant Construction unit at Bilfinger in Germany. “For decades, people have been using hydrogen in the refining of crude oil, for example, or for the production of ammonia or methanol. So far, however, it is mainly gray hydrogen that has been used, the production of which generates CO2 emissions.”

For this reason, green hydrogen production needs to be expanded. Green hydrogen is produced with zero emissions using renewable energies, thus enabling a completely CO2-free supply of hydrogen. Industry is considered one of the most important areas of application for green hydrogen: with its help, it would be possible to drastically reduce current CO2 emissions in the process industry, especially in the metal, chemical and cement industries.

Production of green hydrogen still poses many challenges, however. “Hydrogen does not occur in nature in a pure form and must therefore be produced using significant amounts of energy,” Trebbe says. “Therefore, to be able to produce enough green hydrogen, large amounts of renewable energy must be available.”

Transporting and storing hydrogen is also not problem-free by any means. “Hydrogen molecules are particularly small and light. As a result, they diffuse through most materials,” Trebbe explains. “This poses a unique set of challenges for pipeline systems and process plants in which hydrogen is to be transported and treated.”

Huge benefits for the future

Hydrogen technology is therefore far from mature at this point. A number of research projects have been initiated around the world to take advantage of the enormous potential of green hydrogen and to be able to produce it on an industrial scale. But there is a lot of confidence among the experts. “I am absolutely convinced that green hydrogen will grow to become a key component of efforts to reduce our carbon footprint – both in industry and in everyday life”, Trebbe says. “We are only at the beginning of this development. Green hydrogen will become an everyday fuel in the foreseeable future, just like natural gas is today.”

Pilot plant for the storage of Green Electricity

Uniper operates a pilot plant for the storage and transmission of wind energy in the German municipality of Falkenhagen. The process uses electrolysis to produce green hydrogen that was fed directly into the gas grid in the first years of the pilot plant. Today, hydrogen is mixed with carbon dioxide from a bio-ethanol plant to convert it into methane, or synthetic natural gas. Bilfinger supported construction of the power-to-gas plant and supplied both the control system and data storage. Bilfinger was also responsible for the pipeline leakage monitoring system and the remote control of dispatching. 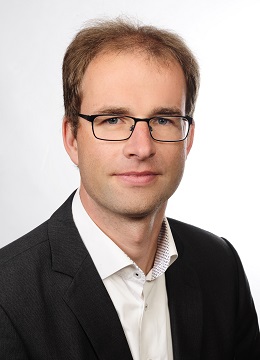