Hydrogen plays a key role in the energy supply of tomorrow: using processes to store and transport energy generated from renewable sources, it is conceivable that a completely climate-neutral energy supply will be possible in the future.

Bilfinger delivers products and services that allow its customers to benefit from hydrogen technology across the entire hydrogen value chain from production, storage and transportation to utilization.

Planning, development or yield calculation: no matter what their needs, Bilfinger supports and advises plant operators, energy suppliers and users of hydrogen from the very first step. The range of services extends from feasibility studies to conceptual and basic engineering.

Bilfinger offers a full range of plant construction services including project management, detailed planning and control, procurement and the execution of construction and installation work. Bilfinger can also serve as a system integrator. The advantage for the customer: they receive all services from a single source.

Bilfinger is a reliable and experienced partner when it comes to operating, maintaining and optimizing plants and can provide all maintenance and service activities. These include plant operation, regular maintenance, turnarounds and calibrations.

Bilfinger employees have unique process expertise and are familiar with a wide range of technologies and processes for the production, transport, storage and utilization of hydrogen. They can also evaluate the effectiveness and efficiency of components and processes.

Bilfinger have the experience, manpower and technical capability to deliver your hydrogen project: our global teams can support you from feasibility studies right through to operations and maintenance." We can help select the right technologies and integrate them into the customer's systems in the early stages of engineering. Once the decision to invest has been made, we support our customers during the execution or assume full responsibility for turnkey projects. We also assist our customers following the commissioning of their plants and assume responsibility for maintenance or, if required, operation." Projects in the field of hydrogen

Construction of an electrolysis plant and a trailer filling station

Services: The study was developed to simulate how hydrogen can be injected into natural gas pipelines and stored underground.

The North Sea plays an important role in the production of renewable energies. Not only is it a potential location for offshore wind farms and underground CO2 storage sites, it could also play a major role in the production of hydrogen. The North Sea Energy Program was established in 2017 to determine the potential of the North Sea as an integrated energy system. Bilfinger is one of the more than 30 organizations, companies and research institutes that are collaborating on this program. As part of the program, Bilfinger Tebodin has designed six hydrogen production plants of different sizes for a total of three energy islands of 2 GW, 5 GW and 20 GW.

In Cologne, the German Aerospace Center (DLR) is conducting research into gases for energy technology – including hydrogen. Various gases can be mixed in high-pressure mixing plants, enabling internal and external partners from the aerospace and energy technology sectors to conduct experiments under realistic conditions. Bilfinger supported DLR in the development of the 300 bar hydrogen high-pressure storage tanks. Bilfinger carried out feasibility studies, was responsible for planning, engineering for the authorities, procurement of materials and construction of the storage facilities.

The 1 MW HyStock pilot plant converts green energy into hydrogen. Gasunie's first power-to-gas plant in the Netherlands is facilitating further development of the hydrogen market and is researching new technologies. Bilfinger contributed system integration services for construction of the plant and was responsible for the high-voltage power supply of the proton exchange unit. The company was also responsible for the planning and laying of the piping systems as well as the hydrogen pipelines and pipe trailers.

Air Liquide built one of the first publicly accessible hydrogen filling stations in the Netherlands near Rotterdam. The station is directly connected to Air Liquide's European hydrogen pipeline network. Bilfinger assumed responsibility for engineering, coordinated the approval of the station with the Ministry of Infrastructure and Environment and was responsible for the construction.

Siemens maintains a burner test center for gas turbines near Berlin. The purpose of the center is to research combustion processes under realistic operating conditions. Siemens needed a cryogenic energy storage system for hydrogen, among other things, and Bilfinger was responsible for investment calculation, pre-basic engineering and authority engineering.

In Falkenhagen, international energy company Uniper operates a pilot plant for the storage and transmission of wind power. The plant uses electrolysis to produce green hydrogen, that was fed directly into the gas grid in the first years of the pilot plant. Today, the hydrogen is mixed with carbon dioxide from a bio-ethanol plant and converted into methane – a synthetic natural gas. Bilfinger supported construction of the power-to-gas plant and supplied the control system along with data storage. Bilfinger was also responsible for the pipeline leakage monitoring system and remote control of the dispatching.

Hydrogen storage above and below ground

Bilfinger is developing a concept study for both the underground and above-ground storage of hydrogen for a major storage operator in the German and European natural gas market.

Bilfinger's services include preparation of a concept for construction of an above-ground hydrogen plant on the site of the existing gas storage facility. From that site, it should be possible to supply a city with hydrogen in the future.

The study will look at the kinds of installations that are necessary for hydrogen storage and transport. A viable plant concept will be developed and will serve as the basis for further design, implementation and approval planning. The concept and study are part of a long-term hydrogen project. The objective of the project is the establishment of climate-neutral hydrogen in industry, energy supply and transport.

Hydrogen technology has been a part of Bilfinger’s services for many years and with our project expertise we can play an important role for our customers in developing a wide range of technologies and processes in the years to come." We deliver all services across the hydrogen value chain to support our customers on their way to a greener future."

Find out more about our sustainable industrial services 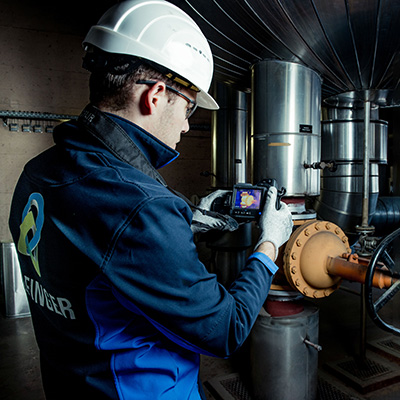 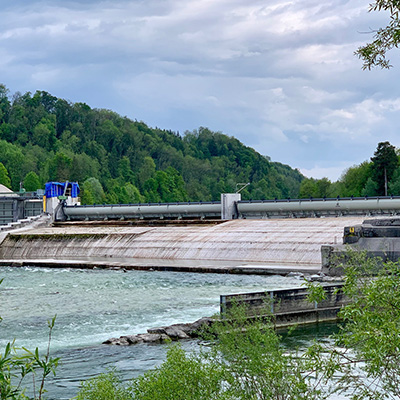 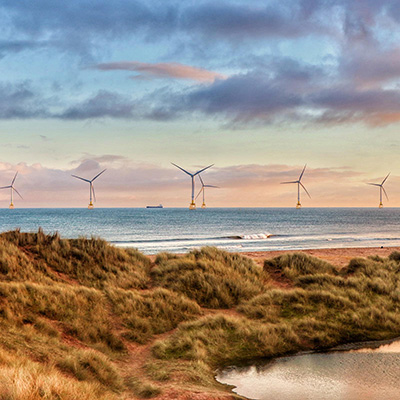