Renewable Energy: With the power of water

Hydropower is by far the largest source of renewable energy in the world. Stephan Ebner, Head of the Hydropower Business Unit at Bilfinger Industrial Services Austria, explains what potential hydropower still has for the future – and what challenges exist in the construction and modernization of hydropower plants.

Mr. Ebner, we have been using hydropower to generate energy for centuries. Does hydropo-wer still offer potential for the future?

Absolutely! The power of water is already being used in many ways, but there is still a significant amount potential. Simply modernizing and expanding existing hydropower plants can considerably increase the amount of electricity generated with hydropower today. And because hydropower – unlike photovoltaic or wind power – has been around for such a long time, the technology is profitable for utilities even without subsidies. I would therefore expect hydropower to continue to play a very important role in the global energy mix in the future.

What are the challenges being faced in the expansion of hydropower as a renewable energy source?

The greatest potential for using hydropower lies in mountainous regions. There, however, construction or modernization of hydropower plants brings with it a wide range of challenges: work often takes place at high altitude or in rough terrain – sometimes it can only be carried out by cable ropeway, inclined elevator or using helicopters. Meter-thick pressure piping that weighs several tons has to be laid, which requires the use of heavy equipment. For this reason, construction and inspection projects in the hydropower sector are usually very time-consuming. Even a modernization can often take several years.

In what regions is investment in hydropower currently highest?

In Europe, most activities are currently taking place in the DACH region – primarily in Austria and Switzerland – as well as in France and Spain. We are also involved in the construction of various new power plants in South America. There are many interesting hydropower projects that are scheduled to get underway in the years ahead, particularly in Chile, Peru and Venezuela. 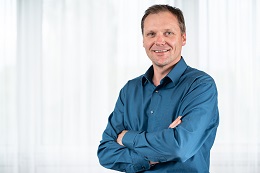