Environmental protection and profitability: a pilot project on the ocean tanker M/T Aurelia is showing how the two can go hand in hand. Operated by shipping company Carl Büttner GmbH & Co. KG from Bremen, the ship was fitted out with a new flue gas desulfurization system supplied by Bilfinger Engineering & Technologies GmbH, a subsidiary of Bilfinger SE. This technology uses an absorption process to remove the sulfurous flue gases emitted by the ship. In this way, the ocean tanker meets the latest environmental standards. After only around three months of operation, the reference project on board the Aurelia tanker was awarded the International Air Pollution Prevention Certificate by certification company DNV GK on behalf for the German flag.

“More and more companies are interested in environmental technologies and this now also includes shipping companies. We have decades of experience in industrial plants which we are now putting to good use in ocean shipping. Bilfinger stands for top efficiency, reliability and environmental technologies made in Germany,” says Bilfinger CEO Tom Blades.

Bilfinger’s maritime desulphurization system provides ship owners with a solution at just the right point in time. In autumn 2016, the International Maritime Organization (IMO) adopted a resolution to broaden the rules for maritime environmental safety. Prior to this, the Marine Environment Protection Committee (MEPC) had conducted a study to determine the worldwide availability of low sulfur fuels and desulfurization technologies, also known as scrubbers. This study identified a large number of suitable uses for scrubbers. In addition, a decision was made concerning the date on which the international sulfur limit of 0.5 percent is to apply. This threshold is now to become binding on January 1, 2020 when the amended Annex VI to the MARPOL Convention takes effect. The North and Baltic Seas as well as North American coastal waters have already been identified as sulfur emission control areas (SECA), for which a maximum of 0.1 percent has applied since 2015. 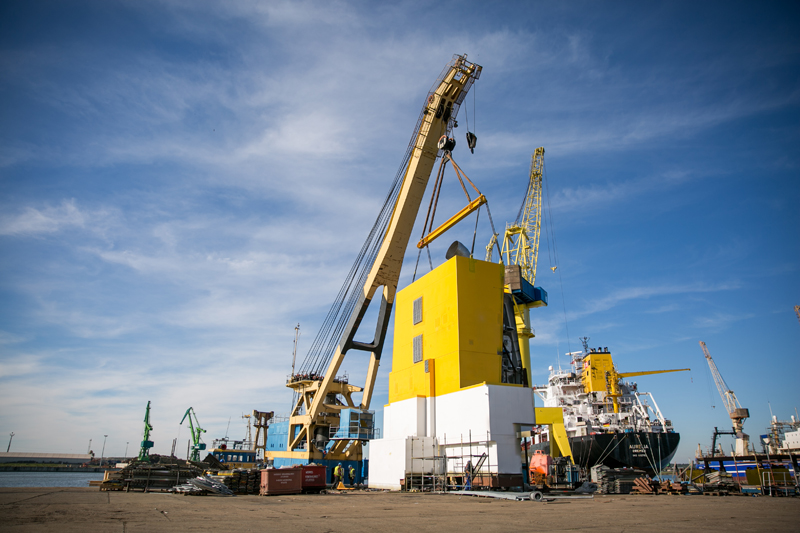 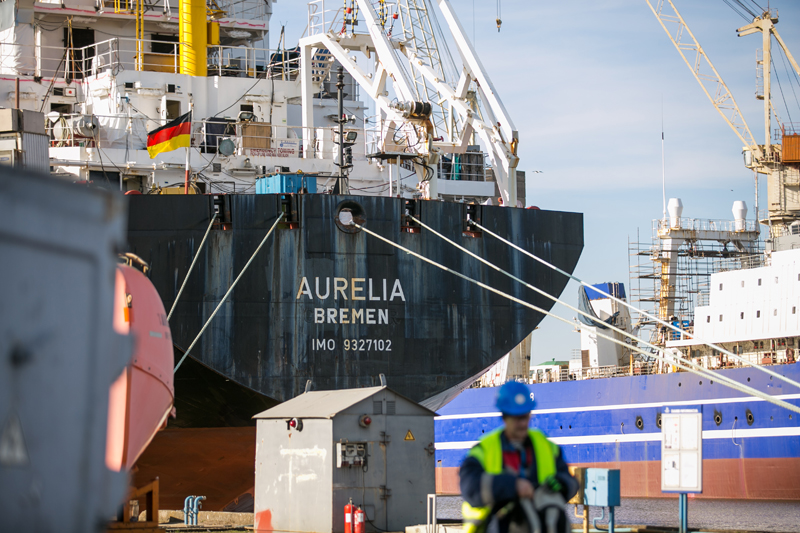 “The IMO’s decision is forcing us ship owners to either use expensive low-sulfur fuel or to install scrubbers on board to filter out the sulfur,” explains Lars Bremer, managing director of Carl Büttner Shipmanagement GmbH, the subsidiary responsible for ship operations. In summer 2016, the shipping company launched a pilot project to assess the technological potential of efficient desulfurization on the high seas in a practical trial. To this end, ocean tanker M/T Aurelia was fitted out with a desulfurization system. Sources of sulfur such as the main engine, the auxiliary diesel and the boiler were connected to the system and operated under varying conditions.

The scrubber supplied by Bilfinger Engineering & Technologies is a hybrid system that operates in different modes, i.e. in either an open or a closed loop. With the system placed in operation without any major incidents, the technology went on to prove itself in the three-month test phase. Andreas Breeger, head of maritime flue gas cleaning systems, Environmental Technologies at Bilfinger Engineering & Technologies GmbH, explains: “Acceptance testing by DNV GL was completed the first time and free of any reservations. As a result, this project milestone was reached within a very short space of time. For this reason, we are confident of being able to drive forward the technology changeover towards low-sulfur ocean shipping.”In particular, the enormous economic efficiency of scrubber systems looks set to generate strong market demand. Payback times are between one and two-and-a-half years.

Some of our web pages use so-called cookie technology. A cookie is a small text file that is sent by our website to your computer or mobile device where it is stored by your web browser as soon as you visit our web page. A cookie contains limited non-personal data, usually a unique identifier and the name of the site. This enables a website to recognize you as you move around the site and/or each time you revisit.

We use the following cookies on some of our web pages: