When Lisa Windeck moved to the Rhine-Neckar region in 2012, she spotted the old Bilfinger building as soon as she exited the highway and headed in the direction of Mannheim.The tall building with the Bilfinger logo on the roof didn´t get out of her head. Until she became apart of the company some years later. "During my master's degree in geosciences and economics, it was already clear to me that I wanted to do something that would make a difference. So I started looking for a job where I could have a real impact. And that’s how I landed at Bilfinger", says Jordi Koes and tells about his exciting tasks as an industrial sustainability consultant. 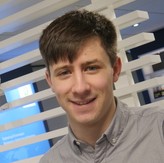 What does our digital future look like? How can we make our collaboration fit for the future? These are the kinds of questions that Helge Lauterbach, Managing Director of Bilfinger Global IT, deals with every day. Andre Reidelbach is a gas detection technology specialist at Bilfinger Maintenance. He and his team manage projects and customer plants throughout Germany from their site in the Frankfurt-Höchst Industrial Park.

Up to now, process engineer Evangelia Gkeredaki at Bilfinger Tebodin shuddered at the thought of plastic bottles, but she takes a big gulp of water from the Dopper bottle with a totally clear conscience. 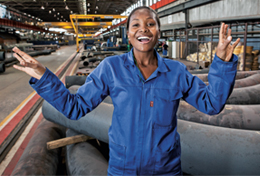 Susan Rooi operates the big pipe-bending machine at Steinmüller Africa (Pty) Ltd. in Pretoria. She would like to give her children a good start in life. 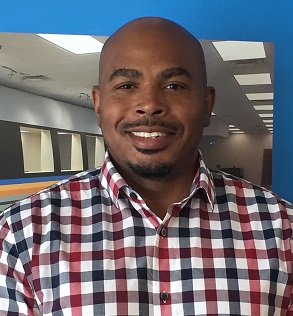 The HSEQ Director at Centennial Contractors Enterprises is located in Atlanta, Georgia. He has been with CCE for six years and now has a dual responsibility of covering the Southeast Region and Corporate Safety oversight nationally. 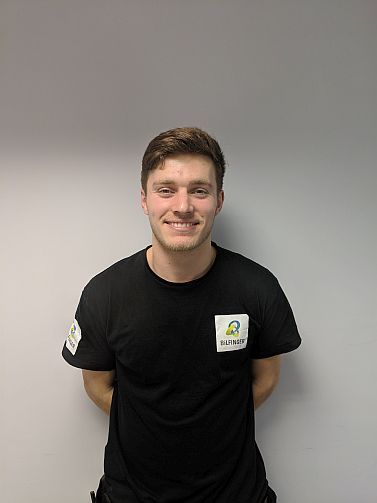 The CAE designer completed his apprenticeship at Bilfinger UK. He is currently completing his BEng (Hons) degree alongside his work in the office. His thesis deals with a current project at Bilfinger UK. Péter Ruzsa talks about his everyday tasks and greatest challenges as a process engineer at Bilfinger Tebodin. 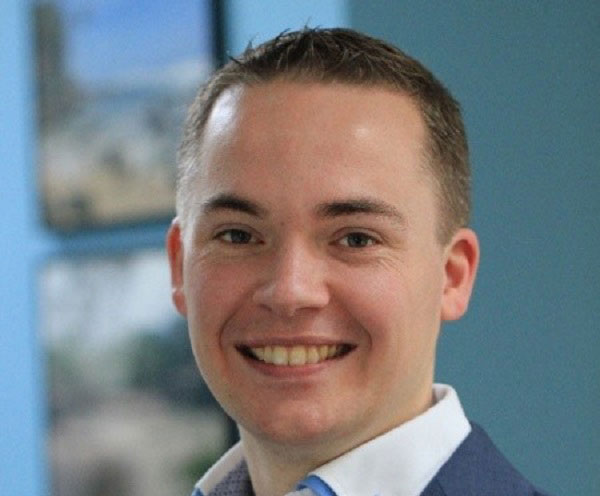 What is it like, working for CEO Tom Blades? During his job rotation, the Project Manager spent three months at the headquarters in Mannheim. Steven Ewing has taken an unusual career path to become a planner on one of Bilfinger's key contracts. 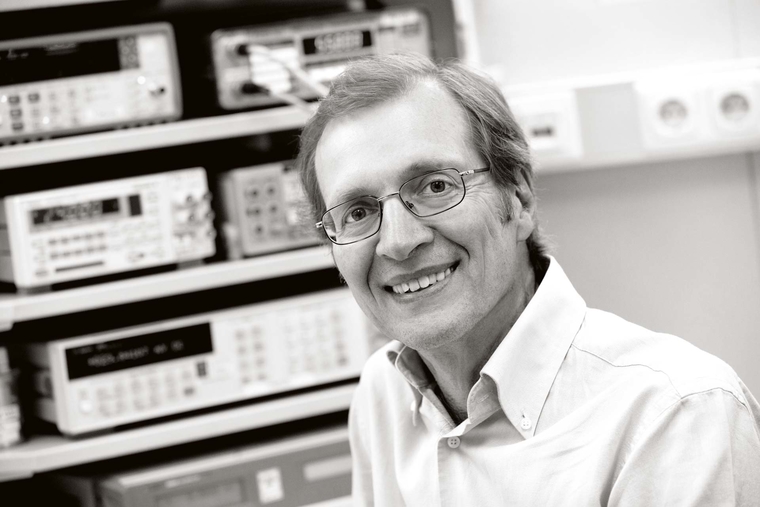 What is the exact point at which a worn part should be replaced? The senior engineer at Bilfinger Industrial Services in Austria has been examining this issue. Originally from Canada, she moved to Abu Dhabi in 2017, where she began working for Bilfinger Tebodin Middle East. In the course of our job rotation program, she joined the Talent Management team at the Bilfinger headquarters in Mannheim for four months. The Process Engineer solves engineering issues for our clients and thus, helps making the industry safer and more environmentally friendly. Mehr about the three apprentices The structural engineer at Bilfinger Tebodin has developed an unconventional method to ensure the safety of everyone in the event of an accident. 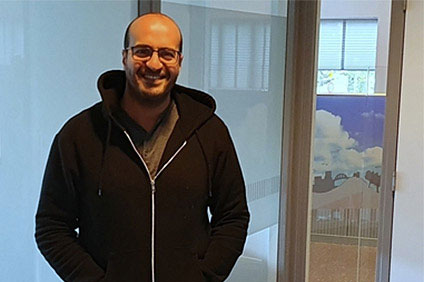 The Piping Engineer made a big career change and moved from Egypt to the Netherlands to join Bilfinger. 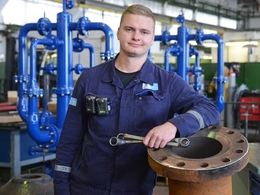 The industrial mechanic keeps the methanol plant of the TOTAL refinery in Leuna running. 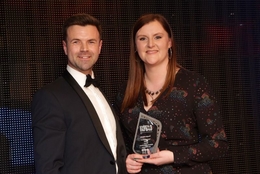 And the Young Achiever Award goes to...

Natasha Greenbury from Bilfinger UK received the Young Achiever Award 2019 in the category “the next generation of professionals”. 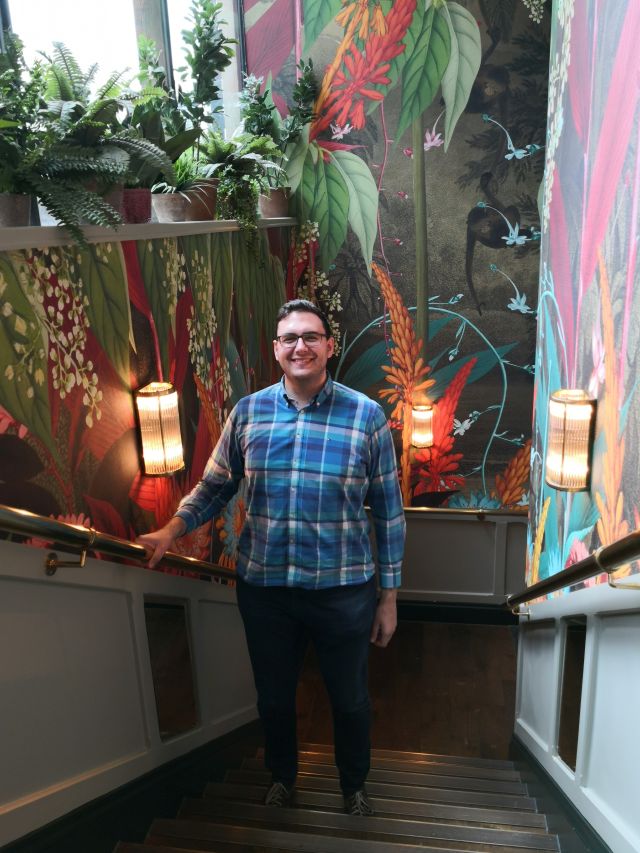 A modern kind of training: Johannes Weber from Bilfinger Maintenance talks about the experiences during his job rotation in Haydock, UK. 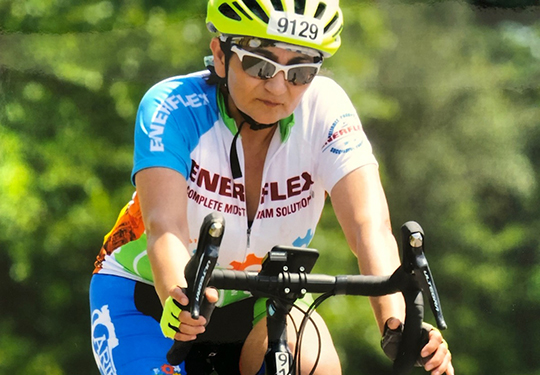 Riding for a good cause

Feel like taking a little 400-kilometer ride on your bike?
You will probably need a lot of training and ambition. Elizabeth DeLeón of Bilfinger Westcon has both. Eléonore Dumas from the Bilfinger LTM knows what it means to test the limits of athletic performance. She spent five months preparing for a special kind of sporting event. 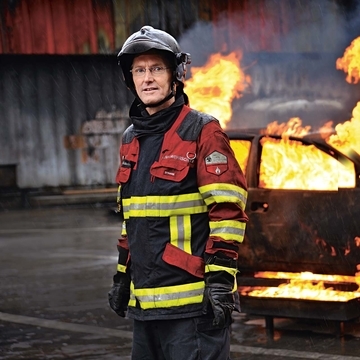 Kurt Friderich from the Zofingen Chemistry School of Bilfinger Industrial Services Switzerland sensitizes children and young people to the use of fire. Michael Grünewald completed his apprenticeship at Bilfinger Noell with excellent grades. Both he and the company were awarded. Different way of teambuilding: Together with the project "Helping Hands", Bilfinger colleagues have been building hand prostheses forvictims of land mines and accidents in developed countries. Morteza Hatami is in the third year of his apprenticeship as an electrician for information and system technology. Bilfinger GreyLogix is helping young refugees from Afghanistan and Iran. 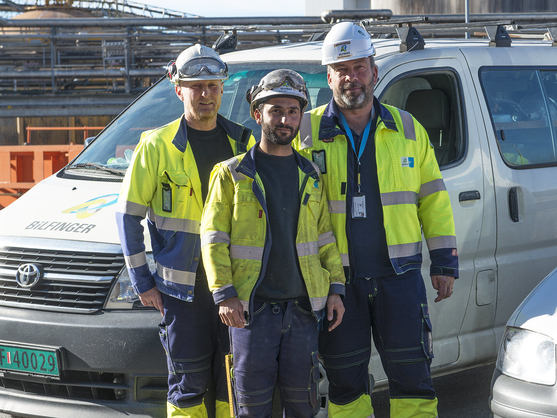 A few years ago Khalid Karimi could not speak a word of Norwegian. Now he completed his apprenticeship as a concrete specialist and began full-time employment at Bilfinger Industrial Services Norway. Thermal insulation engineer Ben Patterson from Bilfinger Salamis UK is currently based at the offshore platform Claymore in the North Sea. All of a sudden, an animal companion joined him at work .